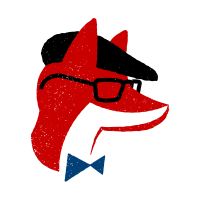 'Ello, lads and lasses! Welcome to the world of Cockney rhyming slang, as used by the likes of Del Boy and Rodney in Only Fools and Horses. It's a bit of a mouthful, but it's a proper East End thing, innit?

So, 'ere's the deal: we take a word, and we replace it with a phrase that rhymes with it. And sometimes, we drop the second part of the phrase, but that's just to make it more confusing, like.

For example, "Adam and Eve" means "believe", see? So if someone says "I Adam and Eve it", they're saying "I believe it". Simple, innit?

Now, some examples of Cockney rhyming slang, the kind what we use on the market:

And here's some examples of how we use it in sentences, like:

There you 'ave it, a proper guide to Cockney rhyming slang. Now, you're one of us, ain't ya?